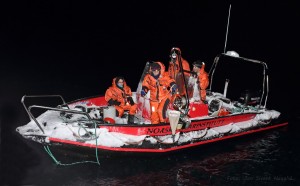 When I started to tell my colleagues back home in Oslo that I will be going to Ny-Ålesund in January to measure photosynthesis in the dark, they just laughed at me. Photosynthesis is the process that algae (and plants) use to make biomass from CO2 and water, using the energy of sunlight. And there is the catch: how should anything like this work under permanently dark conditions, as we found during the Polar Night?

Ok, I was aware of this catch too – but: the question I still found very interesting was: how do the algae survive the long winter, and what are they doing there???? Every spring, we witness how algal growth almost explodes, as soon as enough light is available (which might be very little, as a matter of fact….). But what are the algae doing before that? Where do they come from? From my colleagues research in the previous years, I knew that there were algal cells to be found in the water column in the middle of the Polar Night, but they were very, very few……

So when I headed out to do investigate this I faced two challenges:

– I wanted to measure something that was not supposed to be there in the first place and;

– I wanted to do this in organisms that would be really hard to find in sufficient amounts.

I had brought with me a really fancy instrument that should – in theory at least – be the only device that may be able to provide me with information about the physiological state of the algal cells out there in the dark – provided that I could find enough of them in the first place to gain a measurable signal. 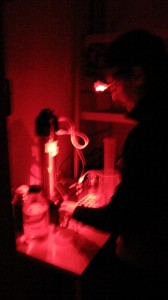 Not surprisingly, working in the dark Polar Night poses challenges in many practical aspects, as have been mentioned several times before – however, this is made even worse, if one not only wants to find an animal or an algae (like a needle in a haystack), but if you also need to get them back to the lab alive, undisturbed by any light (as you want to observe its activity under the current  natural conditions, which are ….. – dark).  From a practical point of view, this means you need to get very familiar with all the gear and instruments you want to use, and keep all tiny parts of equipment or clothing (like gloves!) right at hand – because otherwise you won’t be able to handle all this in the dark. Luckily, we can cheat a little bit, as it has been proven that red light does not affect the organisms as strongly as any other type of light. For this reason the lab area that is occupied by groups working on physiology of living organisms turned into the “red-light-district”, metaphorically speaking of course, with cold and dark rooms, where the organisms are kept under natural conditions, lit up only sporadically by  red head lamps indicating research activities.

Getting back to the hunt for photosynthesis in the dark: it took a week to figure out that the way of concentrating up the water samples I had intended to use did not yield any measurable signals – and still I did not know whether this was due to  there being too few algae cells, or that there simply was nothing to be measured. But after the the R/V Helmer Hanssen had visited us here in Kongsfjorden, my dear colleague Tove from UNIS lent me a tiny little net that I figured out could simply be towed slowly behind a boat to filter large amounts of water, thereby getting enough material to measure — simple story AND it worked! 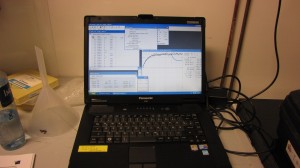 From this day onwards, I was maybe the happiest scientist in the group, and measured frenetically any traceable signal that actually proved that my beloved little green friends out there were fully capable of photosynthesis – even at this dark time of the year! Whether they really do it, and how much light they need for it, will be subject to future investigations. But from the concentrated samples we also could take some pictures of the beautiful little creatures that are often neglected (and in particularly in the dark!), although the fate of the entire ecosystem relies on their ability to produce biomass… 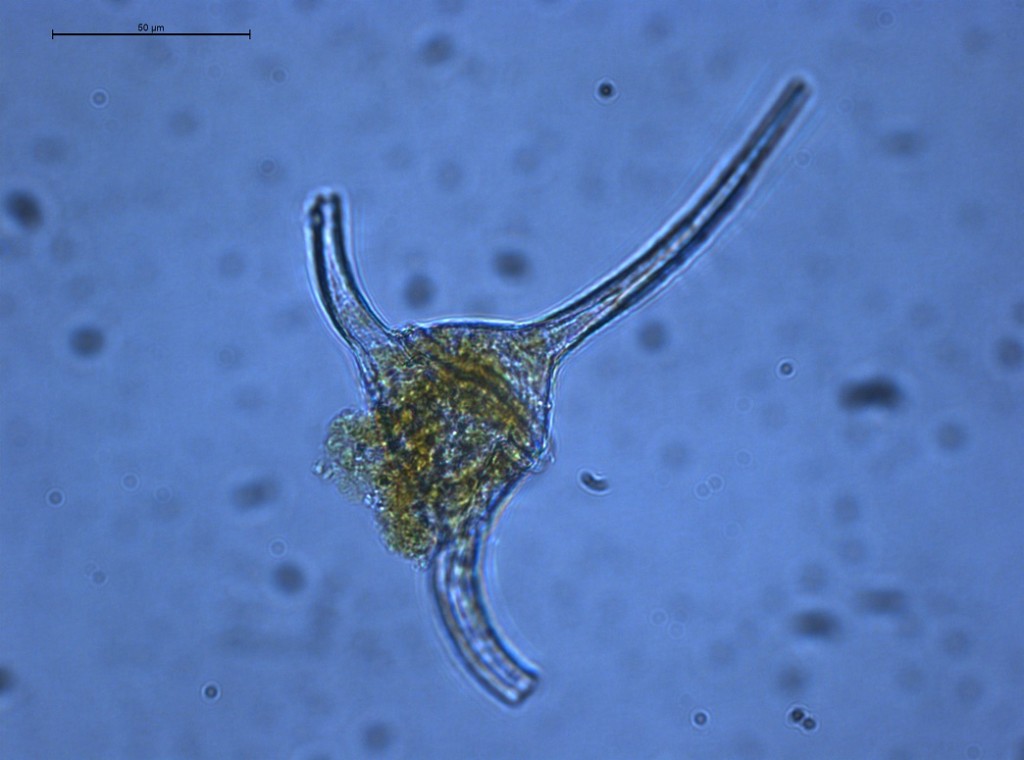 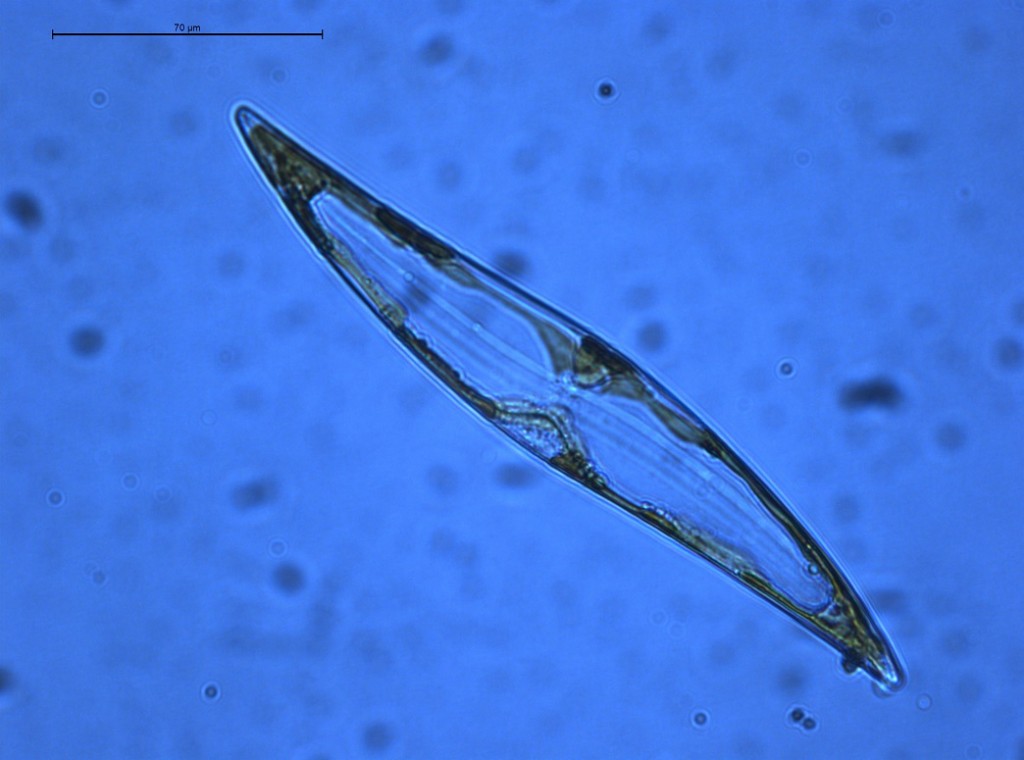